As the 2nd touring city of the acclaimed MDNA tour in June 2012, preparation of this first ever full size touring show began many months prior.

Our site crew were involved in the initial dismantling of the current Yas Arena semi permanent stage to be replaced by the increased touring stage set which included hydraulics, special set and special effects.

Liaising with the local promoter, Touring Production and StageCo this tour saw over 50 Twenty foot containers worth of stage, wardrobe, set and hydraulics head to Yas Arena in correct formation for off-loading.

A De-rig of this scale included overseeing and providing 120+ crew each separated into divisions and managing these sections to ensure containers were loaded in the correct order of shipment.

Time was of the essence with this de-rig.  All 50 trucks had to travel to Dubai Airport from Abu Dhabi, in the correct shipping order within 12hours of show finish.

Overseeing the onsite truck logistics ensured that we effectively created a round robin of trucks.  This ensured that all trucks were loaded quickly and efficiently ensuring the safety of the crew, equipment, and drivers.

Our crew managed this incredible feat within 8hours.  This ensured the containers were in Dubai ahead of schedule for boarding the Antanovs to the next location.

Averaging 1100 man hours daily, we provided over 647 crew for this mammoth build to include; 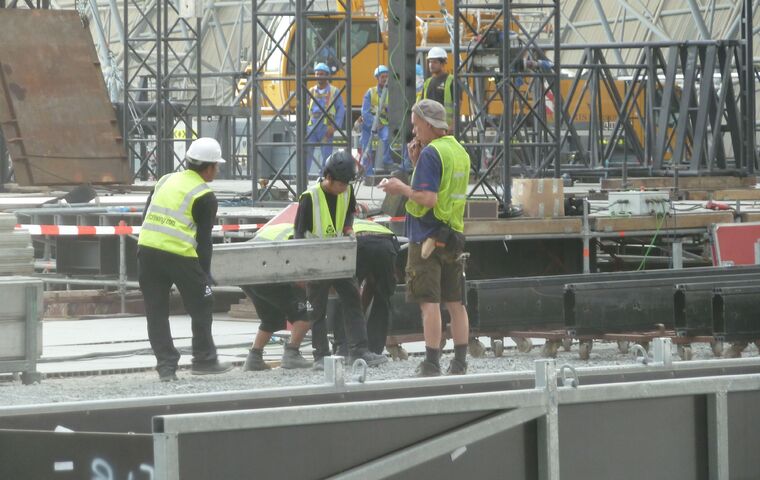